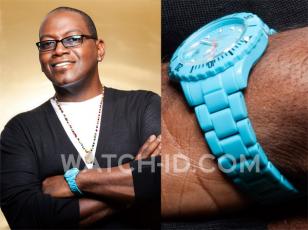 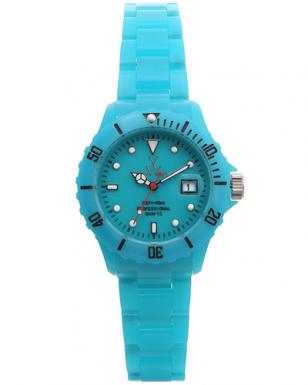 This ToyWatch features a Fluo Blue Dial, Tritium (glow by night) Markers and the case measures 38mm (1.50 inch), which is quite small compared the large Curtis & Co. watches usually worn by Randy Jackson.

The ToyWatch Plasteramic comes in many different varieties, and a white one was seen in The Blind Side worn by the Oscar winning actress in that film.

Get the Blue version as worn by Randy Jackson on Amazon.com for $169.99, or check out the other color and style varieties here or on eBay.