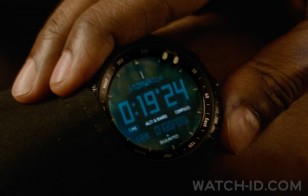 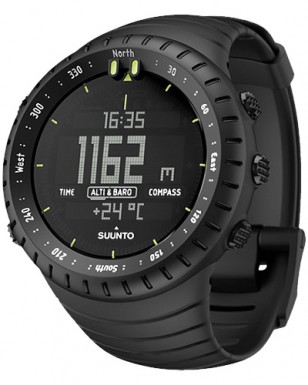 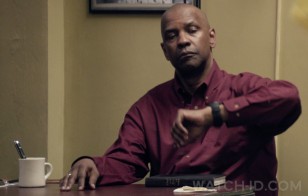 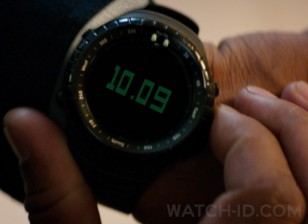 The watch has a prominent role in the films. Denzel plays Robert McCall, a retired Marine and Defense Intelligence Agency operative. He uses the stopwatch function of the Suunto watch frequently throughout the two films, timing his close combat fights.

The Core All Black multifunctional outdoor watch not only has a stopwatch but more complicated features like altimeter, barometer & compass and weather functions. The watch has a large digital screen with light digits on a black face. In th close up shots, the blue illumination is used to make the digits more easy to read.

Suunto watches, including the Core All Black, are multifunctional digital watches which are regularly seen in films and series (see more Suunto sightings).

Buy on Amazon USA
Find on eBay
Buy on JomaShop