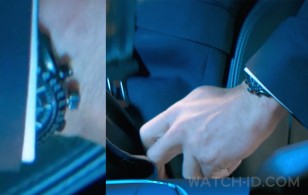 It looks like Ryan Reynolds is wearing his Omega Speedmaster Dark Side of the Moon Watch 311.92.44.51.01.003 in the movie Hitman's Wife's Bodyguard
photo ©
Lionsgate 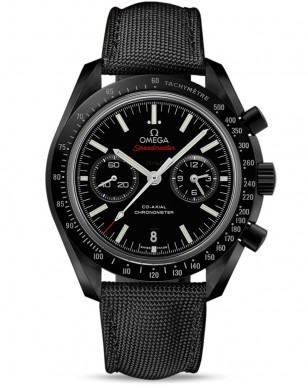 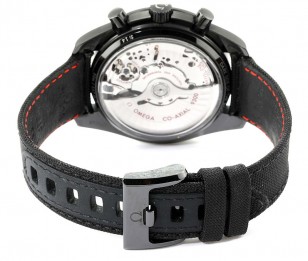 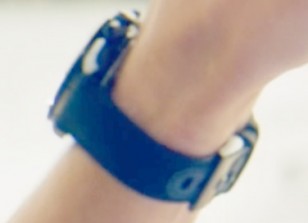 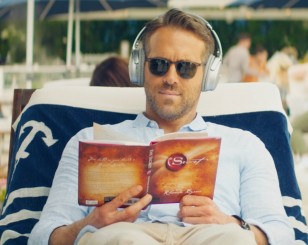 Ryan Reynolds is reading the book The Secret by Rhonda Byrne, and wears yet unidentified sunglasses.
photo ©
Liosngate

The watch can only be seen partly in the trailer, but the black shiny case, flat bezel with Tachymeter indications, subdial and hour markers, and the strap and buckly details all seem to match the Omega watch.

Also, Ryan Reynolds has been wearing this Omega Speedmaster Dark Side of the Moon watch during events in 2019 and 2020, for example the Pikachu premiere in Tokyo, April 2019 (in the Pikachu itself he weaars a Nixon watch) . He also wore his black Omega Speedmaster during the Seoul premiere of 6 Underground in December 2019 (in that movie he wears Chopard watches, see them here).

Ryan Reynolds wears the watch on the black Nylon strap with titanium buckle.

The Omega Dark Side of the Moon watch celebrates Omega Speedmaster which is also known as the Moon watch, as it was worn by astronauts on missions to the moon and other space missions.

The watch retailed for around $10,000 and can now be found online at for example Amazon.com, JomaShop or eBay for $7,800 or more.

Complete the look
Ryan Reynolds is reading the book The Secret by Rhonda Byrne, the best-selling book about the Law of Attraction, available on Amazon.

He wears Bose Quietcomfort 35 Wireless Headphones II in Silver (get these on Amazon).

Buy at JomaShop
Find on eBay