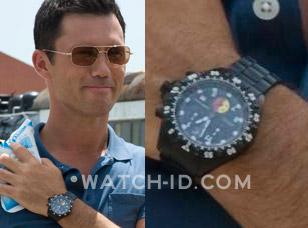 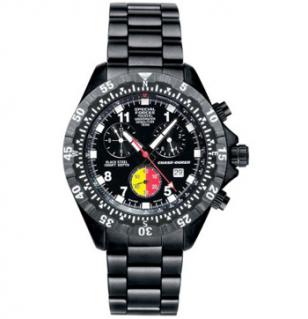 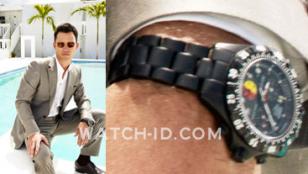 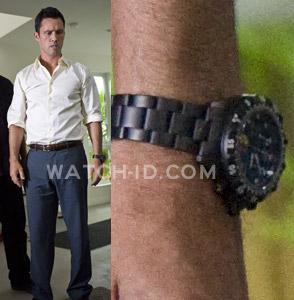 The same model is also available with a stainless steel case and bracelet, but the one worn by Jeffrey Donovan is the black version. The Special Forces 1000XL UDT watch is available at Amazon for $967.48 or have a look on eBay.

About Chase-Durer
The Chase-Durer watch company was founded a decade ago by Hollywood film producers Brandon and Marianne Chase, who aimed to create realistically-priced, top quality Swiss Watches specifically directed to the needs of professional pilots, both civilian and military. Following their success in the aviation world, Chase-Durer entered into another form of military timepiece, the ultra-rugged Special Forces 1000XL UDT series, which was created after meetings with officers and enlisted men from Special Forces units.

Complete the look
If you're looking for the sunglasses worn by Jeffrey Donovan, check out the Oliver Peoples Victory on SunglassesID.com. These glasses (see also the first image on this page) are available at Amazon and eBay.