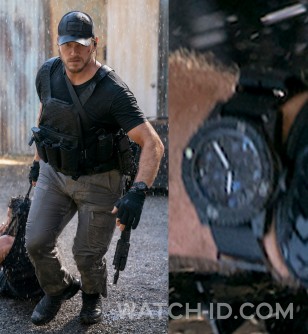 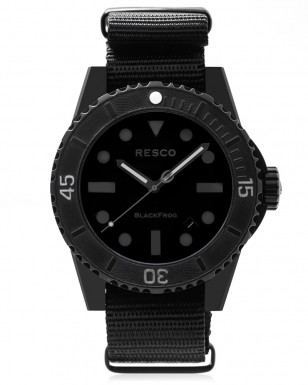 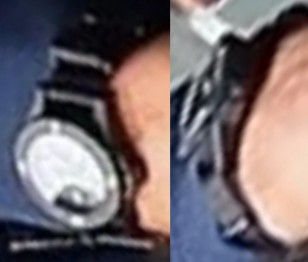 Close-up of the watch worn by Chris Pratt in The Terminal List.
photo ©
misc

The watch has an analog face, with black dial and white hands The black bezel has a yellow lume pip and metal colored 15, 30 and 45 markings.

The watch is available at the Resco online store for $1905.

Resco Instruments is a brand of American made watches, founded by R.E. Smith, a Navy SEAL. The brand is very fitting as Chris Pratt plays a Navy SEAL in The Terminal List.

The Terminal List is an upcoming American thriller drama starring Chris Pratt based on the novel of the same name by Jack Carr (find the book on Amazon). It is released on Amazon Prime Video on July 1, 2022.

In the same series, Taylor Kitsch wears a Casio G-Shock watch with a paracord strap.

A Resco watch is also worn by Joel Kinnamon in The Suicide Squad.

Thanks to Doug for the ID