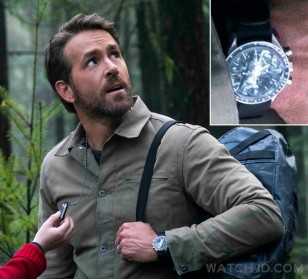 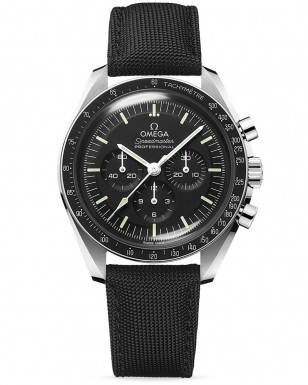 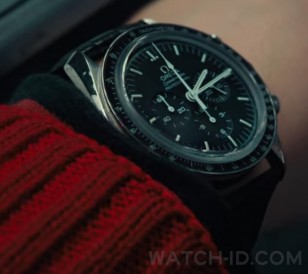 Close-up of the watch on the wrist of 'young Adam' (Walker Scobell), at about 55m24s in the movie.
photo ©
Netflix

The watch is also worn by 'young Adam' (played by Walker Scobell) and Adam's father (played by Mark Ruffalo) in the film. We see a good close up of the watch on the wrist of Walker Scobell at about 55m24s into the movie.

The Speedmaster watch is produced by Omega since the 1960s, when it became iconic by being the first watch worn on the moon. If we get a close-up image of the watch we can maybe determine the exact model variation.

The Speedmaster can be seen in many films, and Ryan Reynolds himself also wears a Speedmaster in Hitman's Wife's Bodyguard (2021).

Complete the look
Ryan Reynolds wears a Rogue Territory Supply Jacket, available at Uncrate ($295). It's the same jacket worn by James Bond in No Time To Die, and also seen in many other movies and shows, read more about this jacket here.

Buy at Amazon
Buy on JomaShop
Find on eBay