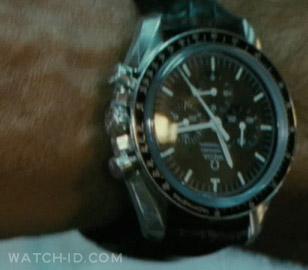 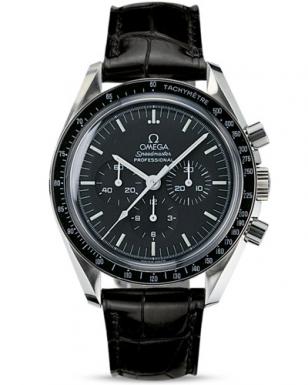 George Clooney wears an Omega Speedmaster Professional in the movie The American. In the trailer we can clearly see a steel Omega Speedmaster Professional with black dial and black leather strap (modelnr. 3870.50.31). It might be the version with Transparent case back (modelnr. 3873.50.31) but we can't be sure until we would see the back of the watch.

Clooney is a brand ambassador for Omega, therefore he usually wears Omega watches. In another recent movie, Up In The Air, he wears an Omega DeVille.

For the sunglasses of George Clooney in The American, see SunglassesID.com.

The Omega Speedmaster is also known as the 'Moonwatch' as it was worn during the first manned lunar landing in July of 1969 and every single one of NASA’s manned missions since March of 1965.