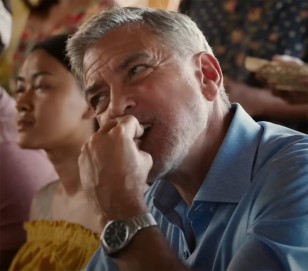 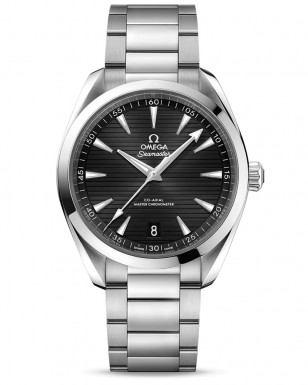 The picture we have is not conclusive, but since Clooney is a Brand Ambassador for Omega and he often wears an Aqua Terra in his private life as well, it's almost certainly an Aqua Terra.

It's not certain which exact variation of the Aqua Terra Clooney wears. It does look like the steel case model with either the black or a blue dial, and date window at the 6 o'clock position.

If you have a better image of Clooney wearing the watch, please submit it here.

The Omega Aqua Terra model was launched in 2002 and is also famously worn by Daniel Craig as James Bond in several of the recent James Bond films.

Find the Omega Aqua Terra online at JomaShop, on Amazon or on eBay.

Ticket to Paradise is a romantic comedy film directed by Ol Parker, starring George Clooney together with Julia Roberts.

Buy on Amazon
Buy on JomaShop