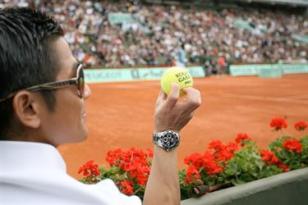 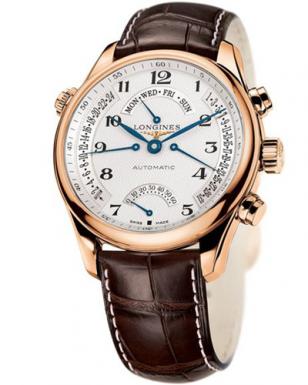 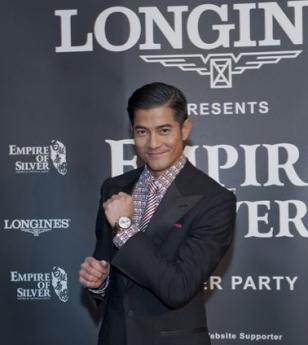 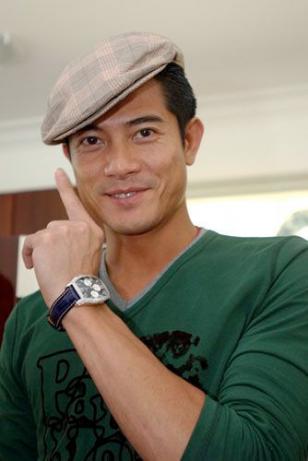 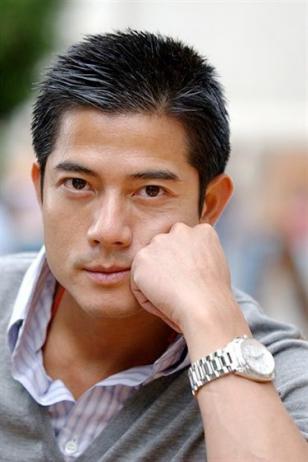 Aaron Kwok is a Longines brand ambassador since 2005
photo ©
Longines

Aaron Kwok is one of the most active brand ambassadors for Longines, and therefore has been spotted with several different models of the brand, including the Evidenza, HydroConquest and Conquest.

In February 2009, Kwok received a Longines Master Collection Retrograde in rose gold from Longines, during the after party for the world premiere of the movie Empire of Silver (which stars Kwok).

Aaron Kwok also attended the official Launch of the Longines Master Collection Retrograde in Hong Kong, China, on May 26, 2009, where, together with the Vice President - Sales and Marketing of Longines Hong Kong, Miss Karen Au Yeung, he activated the retrograde functions of a giant retrograde watch by pressing on the pushers.

Aaron Kwok wears a Longines Admiral watch in the crime thriller Murderer. Longines sponsored the premiere of the film that took place in Hong Kong. Aaron Kwok was present at the premiere as well as the after party.

About Aaron Kwok
Aaron Kwok is one of the most popular artist’s in Asia today: dancer, singer and actor, his outstanding performances on stage have earned him the nickname "the Michael Jackson of Hong Kong". There is no place where Kwok feels more at home than on the stage. His concerts, be they in Hong Kong, China, Singapore, the USA or Canada, are always sold out. His outstanding talent has earned him more than a hundred awards since the beginning of his career. With his many talents it was naturally not long before the film industry approached him. Success came immediately as Kwok won the award for best leading actor for his first film at the Golden Horse Awards in 2005. Only a year later he repeated this achievement and walked away with the award for the second time thanks to his extraordinary performance in the feature film After This Our Exile. A lover automobiles, luxury objects and watches in particular, Kwok joined the Longines family of ambassadors in 2005. When it comes to the disadvantaged, however, he is extremely generous, through the work of both the Aaron Kwok Charity Foundation Ltd (set up in 2003) and numerous other organisations that help victims of child abuse, among other things.