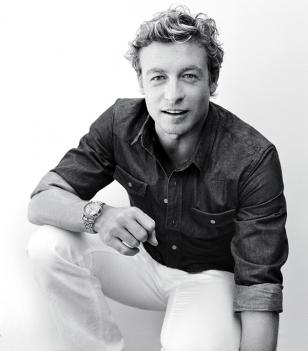 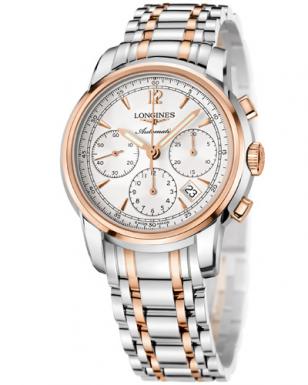 In this first promotional photo of Simon Baker as a Longines ambassador, he wears a Longines Saint-Imier Collection L2.752.5.72.7, a stainless steel and 18 carat gold watch with self-winding mechanical movement, date and column-wheel chronograph L688.

The Australian actor is well-known for the lead role in the television series The Mentalist as well as his roles in movies such as Margin Call. Simon Baker personifies the core values of Longines and perfectly underlines the slogan "Elegance is an attitude". Simon Baker was officially introduced as worldwide Longines Ambassador of Elegance on the 17th of June 2012 at the Prix de Diane Longines in Chantilly (France), where Longines is the title partner and official timekeeper. Longines also introduced a model of its latest line, The Longines Saint-Imier Collection.