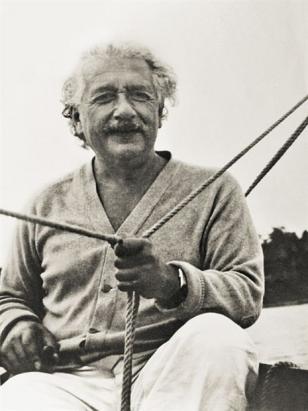 Albert Einstein, with the Longines watch on his wrist
photo ©
Longines 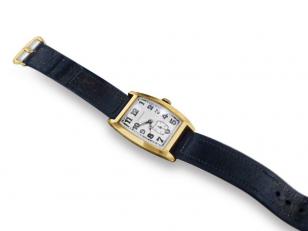 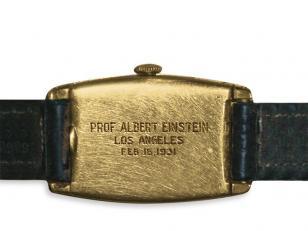 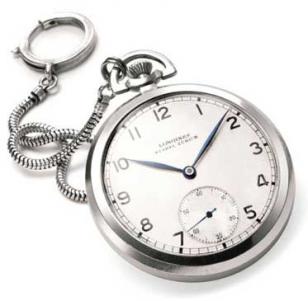 Albert Einstein wore a gold Longines wristwatch in the beginning of the 1930s.

The watch was auctioned on 16 October 2008 and fetched a record $596,000, thus becoming the Longines watch that has fetched the highest price ever at an auction. The tonneau-shaped 14K gold watch has an inscription on the back of the case: "Prof. Albert Einstein, Los Angeles, Feb. 16, 1931." According Antiquorum (the company that auctioned the watch) the watch was manufactured by Longines in 1930 and presented to the famous scientist one year later.

Albert Einstein also owned a Longines pocket-watch dating from 1943, which was recently on display in the History Museum in Bern (Switzerland). Since every timepiece that leaves Longines workshops is entered in Longines’ production registers, it has been determined that Einstein’s pocket watch was finished on September 6, 1943 at the Longines factory in Saint-Imier and invoiced to Stahel Jewelers in Zurich on January 29, 1946.

Einstein is known to have bequeathed his watch to his elder son Hans Albert. The latter’s widow, Elizabeth Einstein Roboz, in turn presented it to a Swiss diplomat, Henry E. Bovay, as a token of her gratitude for his services to the memory of her father-in-law. Bovay immediately made known his intention to donate this invaluable object to a museum and recently presented it to the Historisches Museum in Bern.