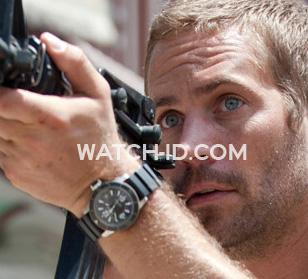 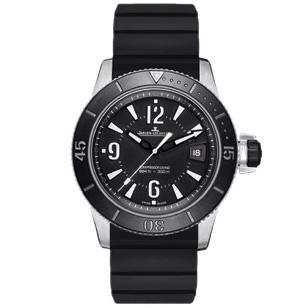 The watch seen in the film has a rubber strap, black dial, black ceramic bezel, modelnumber 2018670.

The Master Compressor Diving Navy SEALs collection is the result of the partnership between the Jaeger-LeCoultre and the élite unit of American divers, the U.S. Navy Seals. Each exclusive numbered timepiece in this 1500-piece limited series bears the seal of the U.S. Navy SEALs.

In the same film, Dwayne "The Rock" Johnson wears a Panerai Submersible.