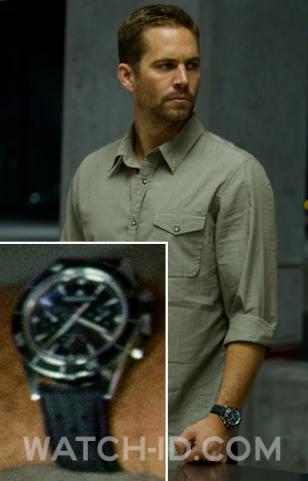 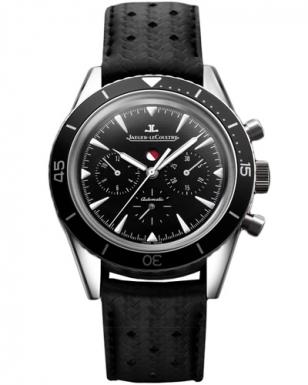 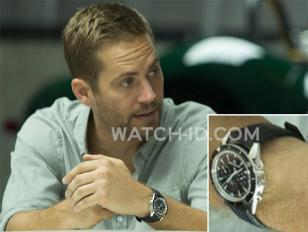 The Jaeger-LeCoultre Deep Sea Chronograph retails for approximately $10,800. The Deep Sea Chronograph features a classic diving look, with a stainles steel case, black rotating bezel with white indicators, black dial, three subdials, large crown and push buttons. The case-back carries the motif appearing on the 1959 watch, featuring a frogman surrounded by bubbles. In the photos on the left, the perforated calfskin leather strap with criss-cross pattern can also be spotted.

The red/white circle in the center of the dial is an indicator for the chronograph enabling the wearer to check at a glance if the chronograph is engaged, or that it is ready to be activated, or that the measured time is displayed on the various counters. This specific feature is inspired by a historical on-board chronograph invented in 1930 by JLC to equip civil & military aviation