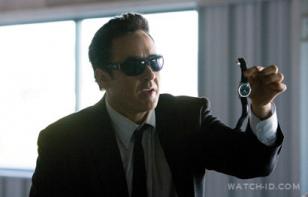 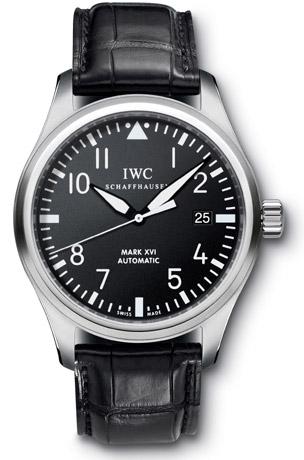 The Pilot Mark XVI is one of the most iconic and coveted watches in the IWC collection. Characterized by its 39mm case and uniquely bold, simple styling, the Mark XVI is a self-winding mechanical watch with a design reminiscent of an aircraft cockpit. It is equipped with a soft-iron inner case for protection against magnetic fields and antireflective sapphire glass secured against displacement by drop in air pressure. As a result it is the perfect fit for Jackson Curtis as he tries to save himself and his family from big disasters.

Commenting on product placement, Benoit de Clerck, President of IWC North America said, "In each of his films, and especially in 2012, Roland Emmerich has shown not only an impressive skill for story, but also incredible technical capabilities to realize the visual effects he's envisioned. IWC shares his passion for innovation, precision, fine details, and craftsmanship, so we're thrilled to play a role in the film and support its release."

in comparison with its predecessor the Mark XV, which could be seen in the film Vanilla Sky on the wrist of Tom Cruise, The diameter of the Mark XVI has grown by one millimetre to 39 millimetres, which makes the proportions of this watch appear to be even more balanced. The functional design of the dial identifies the Mark XVI as a logical further development of this legendary IWC pilot's watch.

The 30110 calibre automatic movement functions as an impressive drive mechanism with a power reserve of 42 hours, and shows the date as well as the time. The Mark XVI is worn on a matt black crocodile leather strap with a stainless steel buckle; it is also available with a stainless steel bracelet equipped with a folding clasp and the patented IWC bracelet system. This bracelet system allows the bracelet to be readily adapted the wearer's wrist.