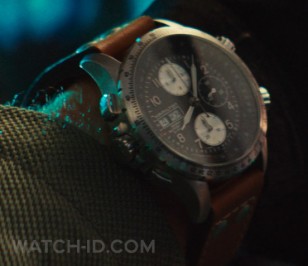 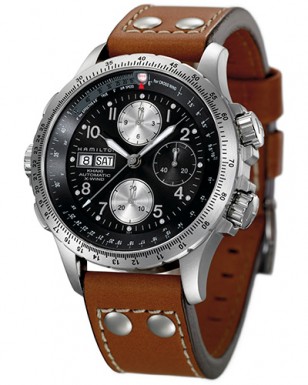 This watch from Hamilton's Khaki Aviation collection features an automatic movement (which can be seen through the transparant caseback, a chronograph and day and date. The Khaki X-Wind Automatic is the world’s first drift-angle calculator in a watch, enabling pilots to accurately calculate and record the crosswinds they will encounter on their planned journey.

Other Hamilton watches in Indepence Day: Resurgence
David Levinson (played by Jeff Goldblum), directeor of the Earth Space Defense-programme wears a Hamilton Jazzmaster Automatic GMT, so he can keep track of time in different cities during the invasion of the aliens.