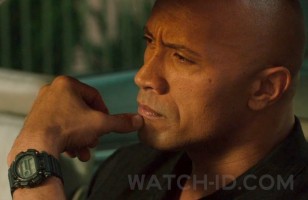 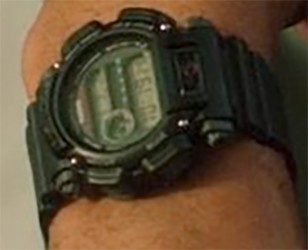 Enlarged close-up of Dwayne Johnson's watch, which seems to be the 1V color variant of the DW9052, but with some red details blacked out with a marker.
photo ©
Lionsgate 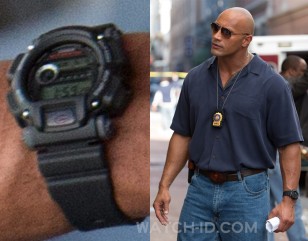 There are several color combinations of this watch but the one in the film seems to be a DW9052-1V.

This great, affordable Casio is available at Amazon for only $48.

Thanks to Dennis for the ID