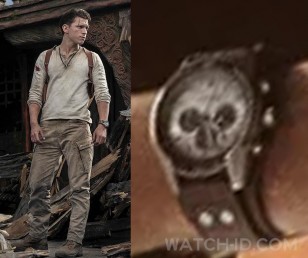 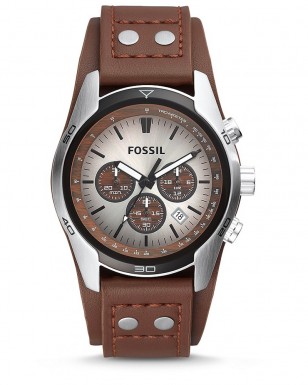 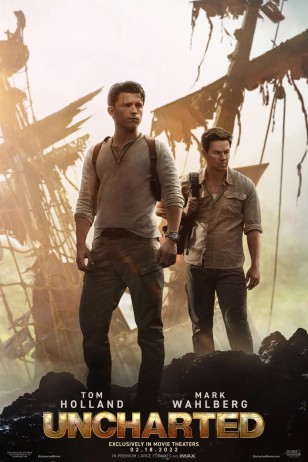 The Fossil watch is from the Coachman collection, and has a 45mm silver colored case and dial with three brown subdials. Very prominent is also the brown leather wriststrap, making this a 'cuff watch' as it's often referred to. Lug width (in case you want to replace the strap): 22mm. It features a date window at the 3 o'clock position.

The watch is available at Fossil ($150, you can add a free engraving), or check eBay but the best price is currently at Amazon ($89!).

The Fossil Coachman CH2565 watch can be spotted throughout the film and can even be spotted on the wrist of Tom Holland on the Uncharted movie poster.

The movie Uncharted is based on one of the best-selling, most critically acclaimed video game series of all time, Uncharted. Tom Holland stars as Nathan "Nate" Drake and Mark Wahlberg, who was originally cast as Nate, plays Victor "Sully" Sullivan: A seasoned fortune hunter who is Nate's mentor and father figure.

The sunglasses worn by Antonio Banderas in the same movie are Bvlgari, see them here.

Buy at Amazon
Buy on Fossil.com