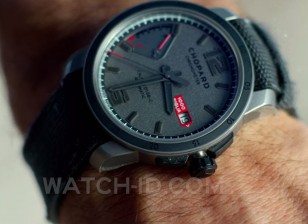 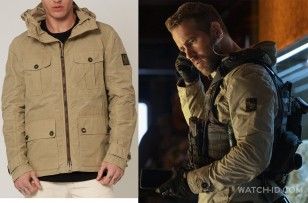 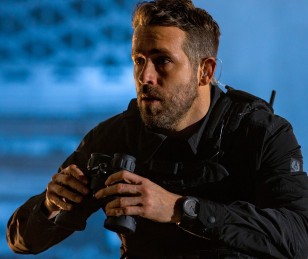 This very nice watch, model number 168566-3007, has a grey titanium 43mm case, grey dial with red accented details on the dial including the Mille Miglia logo, and black nylon strap.

The watch gets a good close up in the film and is Ryan Reynolds character's main wristwatch.

The action movie 6 Underground is directed by Michael Bay, and is one of the most expensive Netflix movies so far.

Complete the look
The sand color military style jacket with four front pockets and hood, worn by Ryan Reynolds is a Belstaff Whitstone parka, it is hard to find, but was available at Stuarts London. He also wears a black jacket from Belstaff (see images below).