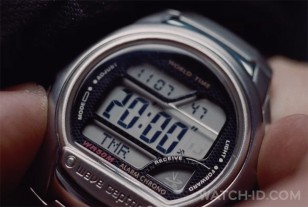 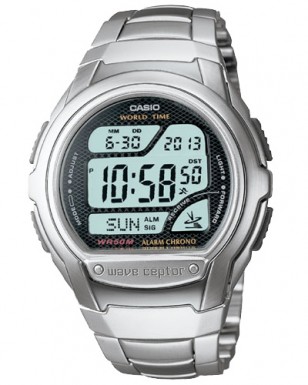 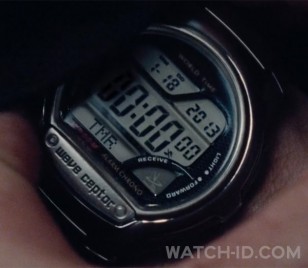 The wave ceptor range is connected via radio waves to atomic clock so the time is always exactly right. This Multi-Band Atomic Timekeeping works in the US and UK. Some wave ceptors work worldwide, check before you get a wave ceptor if it works in your country.

The multifunctional watch also features a countdown timer (which is used a lot in the film to countdown to the next victim on the plane), alarm, world time, 1/100 second stopwatch and EL backlight with Afterglow.