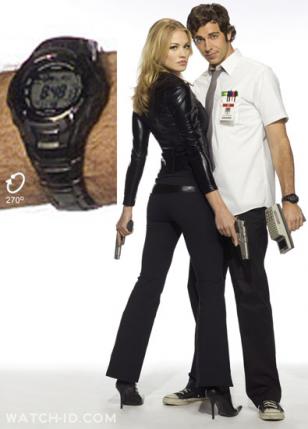 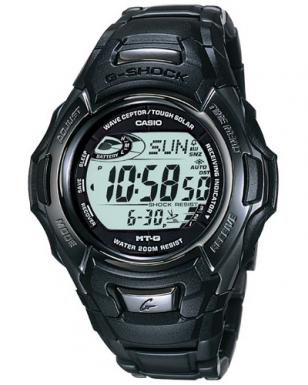 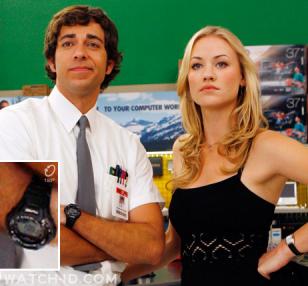 In the tv series Chuck, Zachary Levi wears a Casio G-Shock MTG910DA-1V, one of our favorite G-Shock watches: it has Wave Ceptor (always the right time via radio signals) and Tough Solar (charges the battery with light), and looks great with all black elements. The watch can be seen in Season 1, and several promotional photos of Zacharay Levi and Yvonne Strahovski with some of their outifts of that season.

The watch is also available in a metal-colored case, modelnumber MTG900DA-8V, which is the same except for the case and band color/material. This watch is available at Amazon for only $89.95 (half the price of the MTG910DA-1V).

Another version is the MTG910DJ-2V, which is dark grey, but also basically the same wristwatch. That one is available for $168 at Buy.com.