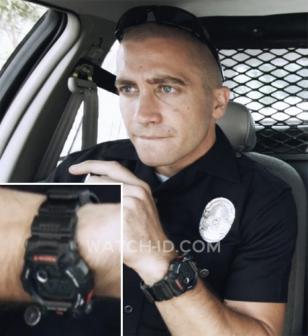 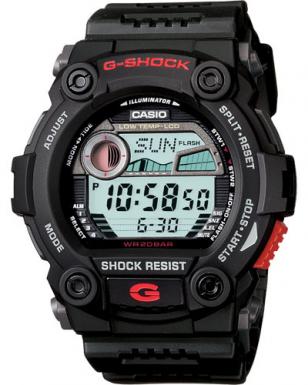 Major features of this Casio watch include four large bezel screws and protruding surfaces that divide the bezel & case of watch into four sections for a functional four point protection. The buttons are among some of the largest in the G-Shock line-up for easy operation. Low-temperature resistance allows operation even under very cold conditions, while moon and tide graphs provide essential information for marine professionals & enthusiasts. The large LCD, which is divided into sections, makes information easy to locate and read whenever you need.

The G7900 is available in different colors, including red (G7900-A-4), white/blue (G7900A-7) or in black (G7900-1), which is the version seen in the film. There is also a black version with black (inverse) screen (G7900B-1) and that particular version is more expensive because it features Solar Power and Atomic timekeeping.