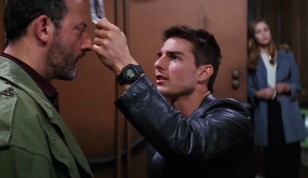 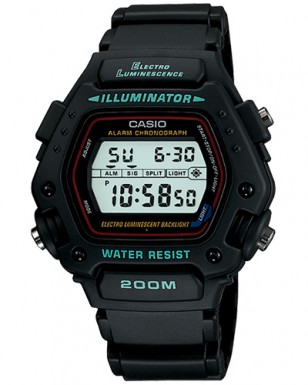 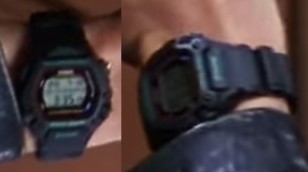 This Casio classic sports watch can be seen most clearly during the magic trick scene (watch here).

A cool feature is the Backlight that can be set to flash / light up during an alarm or hour signal.

The watch is still available for less than $40 at Amazon or find the Casio DW290-1V on eBay.