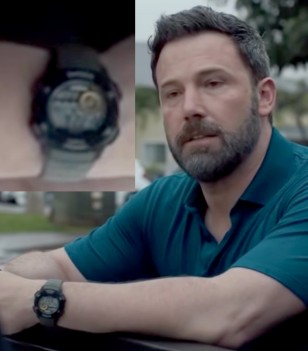 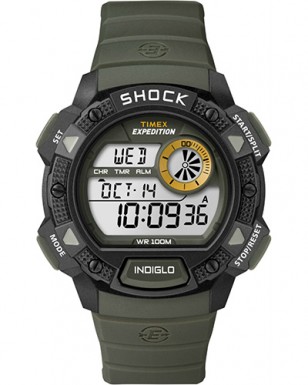 This digital watch worn in the film has a green resin strap and dark grey case. It features time, day, date, alarm, chronograph, timer, indiglo backlight, and is water-resistant and shock-resistant. The same model is also available in different case/strap colors.

You can sometimes find it on eBay.

The watch is very similar to the Timex Expedition watch that is worn by Charlie Hunnam in the same film.