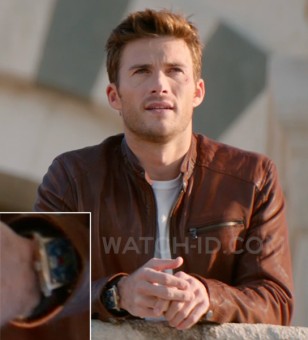 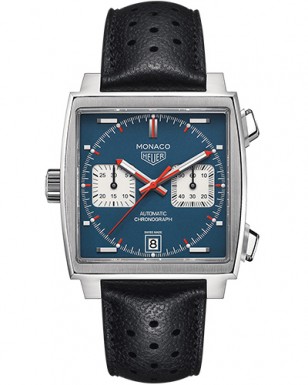 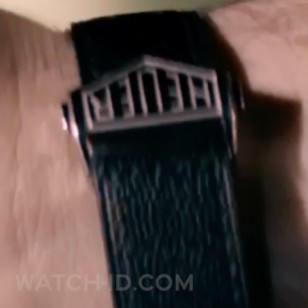 The watch can be spotted in the opening sequence during the theft of the Bugatti. It's hard to see from the images which exact model Eastwood wears. It could be the TAG Heuer Monaco Calibre 11 CAW211P, the reissued McQueen version. The black leather strap does have a watch clasp with the vintage "Heuer" logo (instead of the modern TAG Heuer logo) which is also seen in the CAW211P.