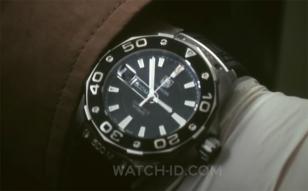 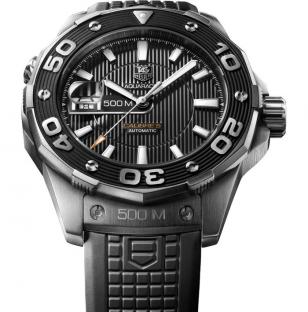 In the movie Jack Reacher, actor Jai Courtney wears a TAG Heuer Aquaracer 500m Calibre 5 automatic. The watch can clearly be spotted in the first scene of the movie, when Jai Courtney's character Charlie checks the time and the watch is shown full-screen.

The watch seen in the film is the TAG Heuer Aquaracer 500m Calibre 5 automatic, the version with black dial and rubber strap, model reference WAJ2110.FT6015.

In the same film, a TAG Heuer Carrera Calibre 6 can briefly be seen, which is the watch purchased by a character played by Nicole Forester.

Complete the look
Jai Courtney wears a pair of John Varvatos sunglasses together with his TAG Heuer watch, check these glasses out here.