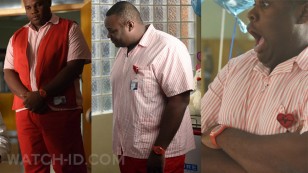 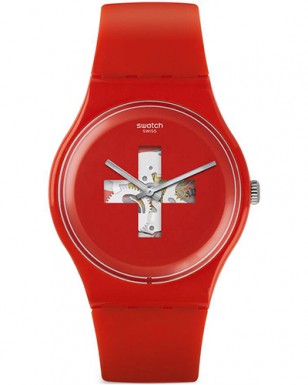 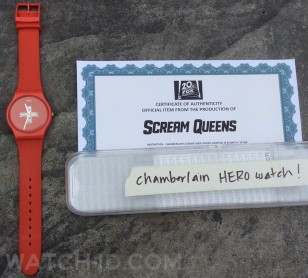 This nice Swatch watch has a red case and strap, with the cross from Swiss flag cut out of the dial, revealing the movement.

The watch is available in Swatch stores or online for example at Amazon.com (but it's very expensive there: $194, Japan import), Amazon.co.uk (for the more regular price of £68), or eBay ($90).

Earl wears the watch in Season 2 of Screem Queens, which aired in 2016 on Fox.