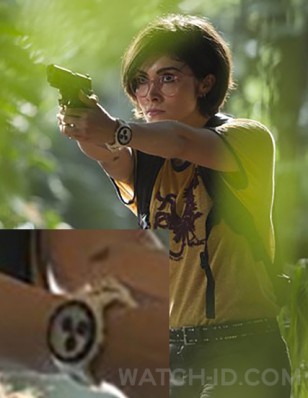 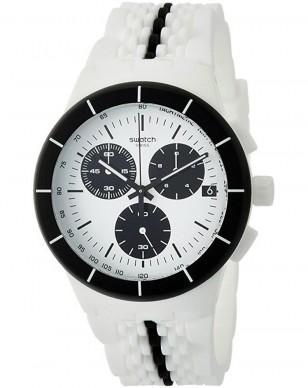 The watch has a plastic white case with black bezel, three black subdials, and a white sillicone strap with black stripe.

Released as part of the Swatch 2017 Spring/Summer collection, the watch features a chronometer, date and glow in the dark funtion.

The watch is available on Amazon.com for $80 or find it on eBay.