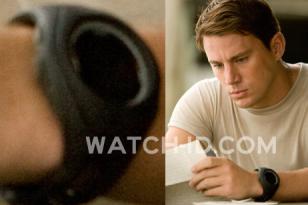 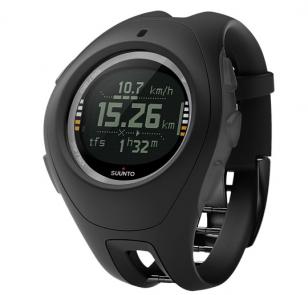 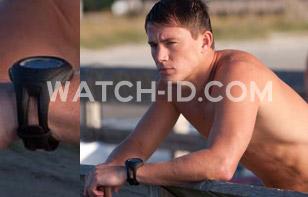 The X-10 is available with a positive (dark text on light background) and negative (light text on dark background) screen, but Channing is wearing the negative version which is called the "Military".

This multifunctional Suunto watch is extremely powerful, feaaturing not only an altimeter, barometer and compass, but a GPS navigation as well which lets you record routes, mark waypoints and track speed and distance. The watch can be connected to a computer to visualize the tracks, plans and routes.

The same watch was spotted in the 2012 film The Viral Factor.

The Suunto X10 Military is available on eBay, on Amazon.com for $350, or at online outdoor stores.