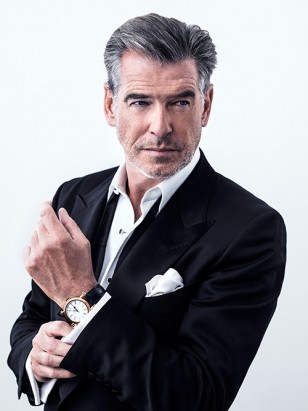 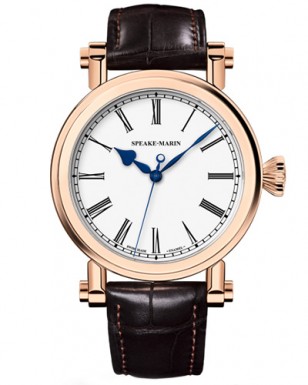 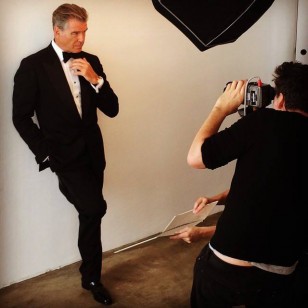 In January 2015 it was announced that actor Pierce Brosnan will be the worldwide brand ambassador for Speake-Marin watches for the next three years.

In the first released promotional image, Brosnan is wearing a Speake-Marin Resilience Red Gold 42mm from the J-Class collection.

Pierce Brosnan is probably one of the best-known Irish actors worldwide. From his first scenes in Remington Steele to the famous Thomas Crown, and including his iconic role as James Bond, Pierce Brosnan has played many roles, embracing classical repertoires, comedies and thrillers. In 2015, the actor will appear on cinema screens in The Moon and the Sun, It, Last Man Out and Survivor.

The relationship began when Peter Speake-Marin met the actor on the set of one of his latest films for which he had been selected by Director James McTeigue (V for Vendetta, The Raven…).

This meeting of two artistic worlds, films and watches, developed into a genuine friendship.

Sharing the same roots as Peter Speake-Marin and his passion for watchmaking combined with an admiration for the Swiss brand's timepieces, Pierce Brosnan was a natural choice as the ideal ambassador for the brand.

Pierce Brosnan: 'I met Peter on the set of a film in which he was a consultant for a character who was a watchmaker. We spoke briefly; we both love what we do, and myself as a lover of watches I appreciated his genuine passion and subsequent designs. I acquired one of his time pieces and a dialogue ensued. When Peter asked me to be an ambassador for his work it was a simple answer.'

The renowned Swiss photographer Marco Grob shot the campaign in his New York studio. Elegance, simplicity, independence and courage are the values shared by the watchmaking brand and the actor, and he has succeeded in capturing all of these.

Pierce Brosnan became famous for his roles as Remington Steele and James Bond. In his five Bond films he exclusively wore Omega watches.