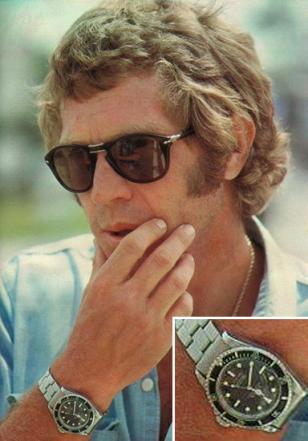 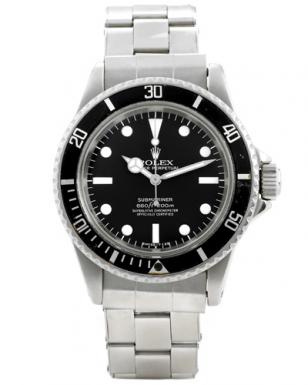 Steve McQueen sported a Rolex Submariner 5512 in the 1970s. The watch can be seen on his wrist in the 1980 movie The Hunter (his last movie) and on many other occasions (see this website for photos).

The Rolex Submariner that belonged to Steve McQueen was sold at Antiquorum’s 2009 summer sale auction in New York for a staggering $234.000, way above the estimate of $20.000 and a record for this reference. At the same auction, Steve's Heuer Monaco was sold for $87,600.

In the photo on the left, Steve McQueen is also wearing turtoise Persol 714 sunglasses (these can be folded up thanks to several hinges on the frame), still available at Amazon for $275.

Buy on Amazon
Buy on JomaShop
Find on eBay