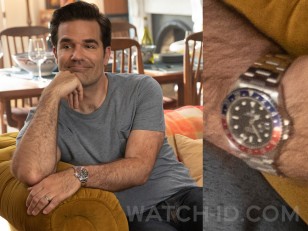 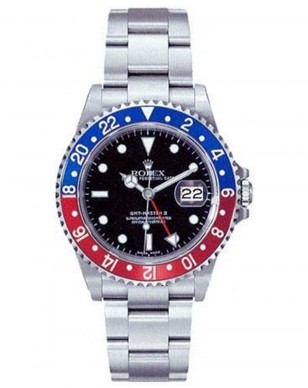 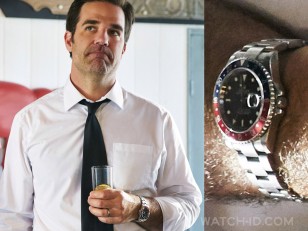 The watch has the classic red and blue 'Pepsi' bezel, and can be seen in most eposides, including after 2 minutes into the first episode. Delaney has also been spotted with the watch off the screen, so it might have been (or become) his personal Rolex.

The Rolex GMT-Master wristwatch was originally designed in collaboration with Pan American Airways and issued by the airline to their crews on long-haul flights. ("GMT" in the name stands for Greenwich Mean Time also known as Coordinated Universal Time). The original GMT Master watch has a 24-hour display fourth hand complication directly linked to and displaying the same time zone as the standard 12-hour hand. This GMT hand enabled the crews to set the watch to GMT or another time zone, and, using the rotatable 24-hour scale bezel, set to the correct offset, a second time zone could be read. GMT or UTC is the time zone that is required for all aviation planning, weather forecasts, schedules and other paperwork.