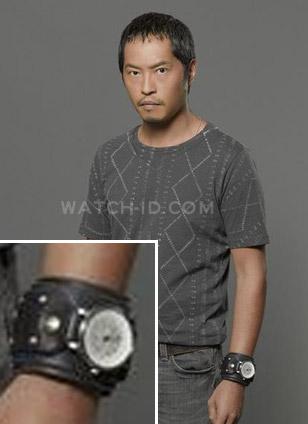 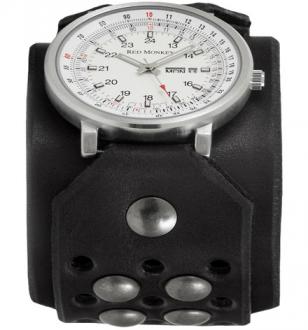 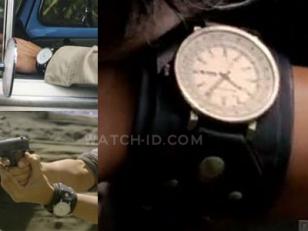 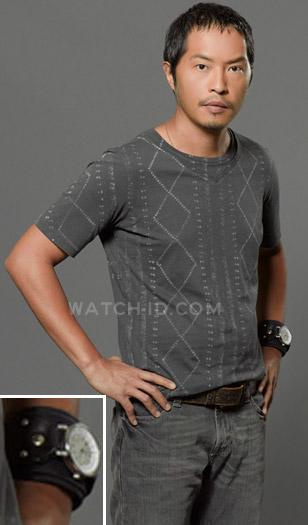 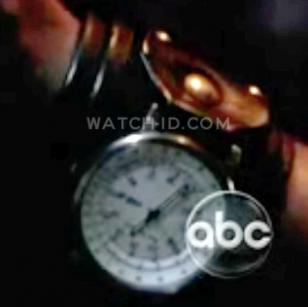 In the television series Lost, actor Ken Leung, who plays Miles, wears a Red Monkey Armada GT watch. The case of the watch is placed on a large (2.25" / 5.7cm) black leather band wth gun metal stud design, created by Red Monkey, a company that specialises in rock'n'roll style leather goods. The watch itself as a large white dial and a day and date function. Ken Leung wears the watch in throughout the series, ever since his appearence on the island.

In the series 24, Tony Almeida, played by Carlos Bernard, is wearing the same watch.

Red Monkey watches can be found online, in hip boutiques and fine retailers throughout the US, Canada, and Europe and some models are available on Amazon.com.