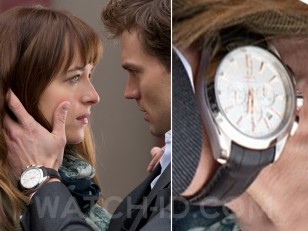 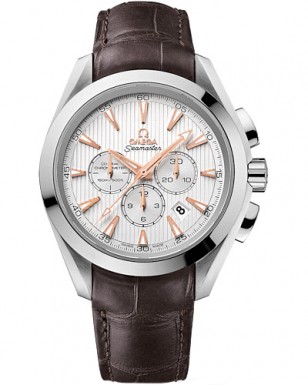 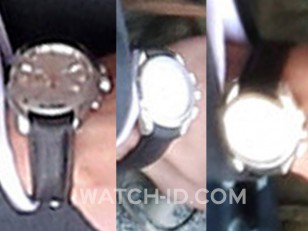 The watch has a black leather band, steel case, silver dial, a crown, three subdials and a crown and two buttons on the side.

Fifty Shades of Grey is an American erotic/romantic drama film directed by Sam Taylor-Johnson, based on the best-selling novel of the same name by E. L. James.

Thanks to Charles Lamoureux for the ID