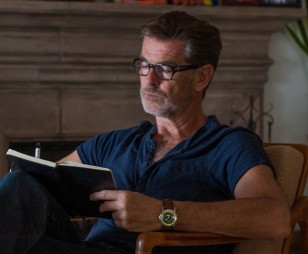 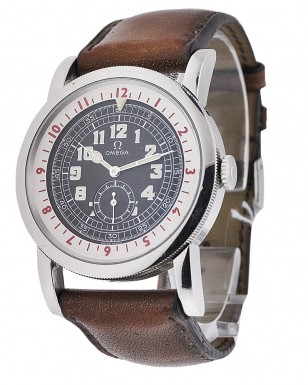 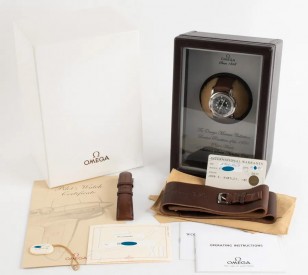 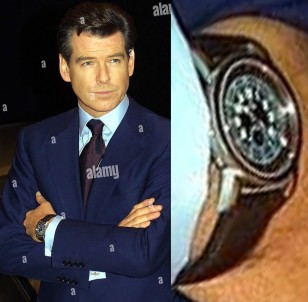 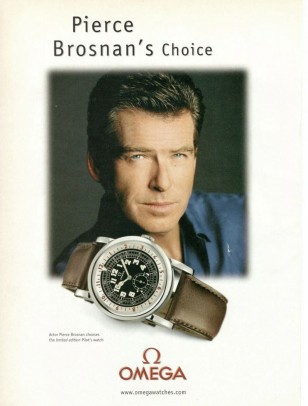 Pierce Brosnan wears an Omega 1938 Aviator Reedition ref. 5700.50.07 in the 2014 movie Some Kind of Beautiful (Canadian title: How to Make Love Like an Englishman, UK title: Lessons in Love, European title: Teach Me Love)

Interestingly enough Pierce Brosnan also wore the same model watch 12 years earlier, during the press photocall for the 2002 James Bond movie Die Another Day. Perhaps it was one of his personal watches that he used for the movie. It is rare for an actor to be able to wear one of their personal watches in a film. But because the watch was not produced anymore by Omega in 2014, it's unlikely that it was a product placement. Also since the movie seems to be a fairly simple production, only 24 filming days, in LA near Brosnan's own Malibu villa, it's quite possible he just wore a watch from his own collection.

And it's a nice watch, made by Omega as a homage to vintage pilot watches. The watch comes in a beautiful museum-style display box.

The Omega 1938 Aviator can be found on for example eBay or select used watch boutiques.

Thanks to Urhash, ASP9MM and Mattia De Varti on the AJB007 forum for the ID