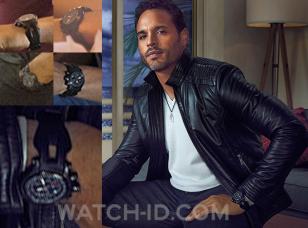 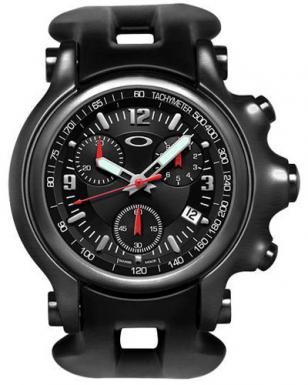 Get this watch on the official Oakley.com website for or on Amazon.com, Amazon.co.uk, or eBay.

Holeshot® is engineered with a true Swiss Made chronograph that measures cumulative time, intermediate time and split time down to a tenth of a second.

The band is made from Oakley's Unobtanium® (a material which has the unusual property of increasing tackiness and thus grip when wet).

The same model watch is worn by Eric Christian Olsen in season 4 of NCIS: Los Angeles.

Thanks to Alec for the ID

Buy on Amazon.com
Buy on Oakley.com