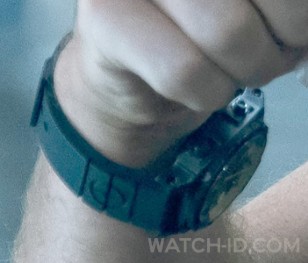 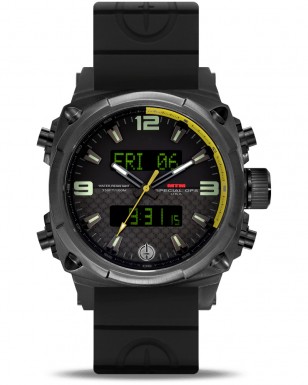 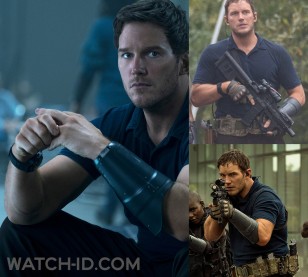 The watch has an MTM Black Rubber II Band and black case. The black rubber strap shows the MTM logo, and the exact model seems to be the Black Air Stryk II model, and then the version with yellow line on the top right quarter of the face and yellow seconds hand. Model reference number: AS2BCYDBV2MTM but then with the rubber strap (instead of the canvas strap shown on the MTM website).

Throughout the film, Chris Pratt, as James Daniel "Dan" Forester, wears the watch with the case under his wrist, so we don't the dial much, making the model hard to identify. But in the image on the left that the yellow part can just be spotted.

See the different Air Stryk II models on the MTM website or find them on eBay.

The movie can be seen on Amazon Prime.