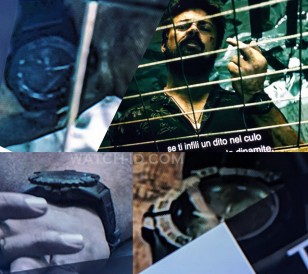 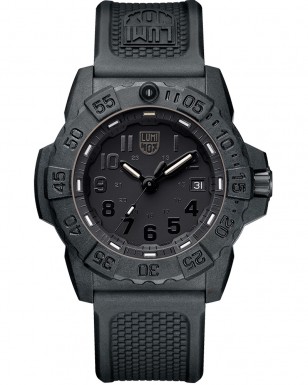 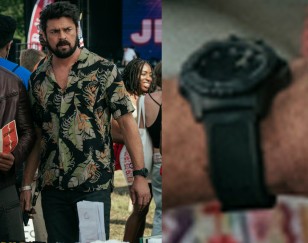 Karl Urban as The Butcher wears a Luminox Navy SEAL 3501.BO watch in the tv series The Boys.

The BO in 3501.BO stands for "Black Out", which refers to the all black design of the watch, with a black 'Carbon Compound' case and black dial with dark arabic numerals and a dark date window at the three o'clock position and a dark rubber strap.

Note that there are two very similar versions and model numbers on Amazon: 3501.BO and 3051.BO (the latter being the older and therefor cheaper model). The old model 3051.BO is available for $249 on Amazon, while the new 3501.BO (the model seen in The Boys) can be found for $395 on Amazon.

Find more variations of the Luminox Navy SEAL 3501.BO on Amazon or eBay.

Luminox watches are famous for their extreme glow in the dark (lume) markers on the dial.

The Boys is an American superhero web television series based on the comic book of the same name by Garth Ennis and Darick Robertson. Developed by Eric Kripke for Amazon, it follows the titular team of vigilantes as they fight back against superpowered people who abuse their abilities.

Watch the series on Amazon

Thanks to Cris Bettaglio for the ID