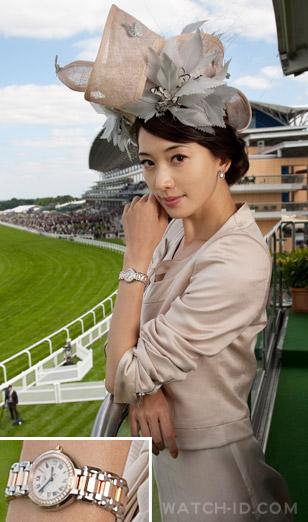 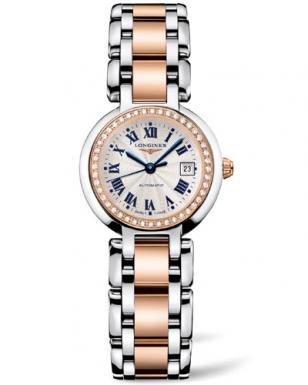 The watch has a silvered flinqué dial, decorated with 11 blue-painted Roman numerals and blued steel hands. The case and bracelet are a mixture of steel and rose gold, enhanced by 44 Top Wesselton VVS diamonds (0.299 carats). This model is fitted with a self-winding mechanical movement (calibre L595), showing the hours, minutes and seconds. It features a date aperture at 3 o’clock.

The Royal Ascot horse races are one of the most prestigious sporting events of all time. The Ascot racecourse was used as a filming location in the James Bond film A View to a Kill in 1985, where Bond (Roger Moore) begins his mission to defeat the villain Max Zorin (Christopher Walken), whose horses were competing in a race there. Longines has been the official timekeeper at the Ascot races since 2007 and has recently signed a contract for a further three years.