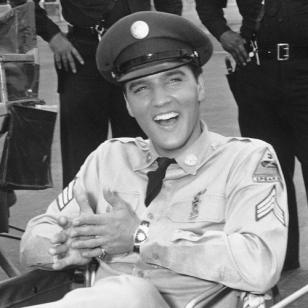 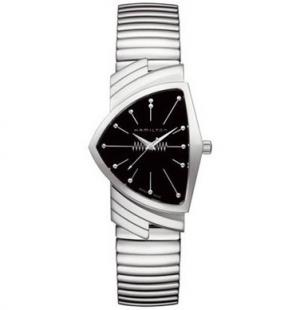 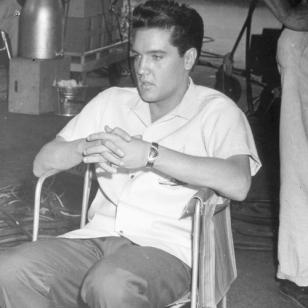 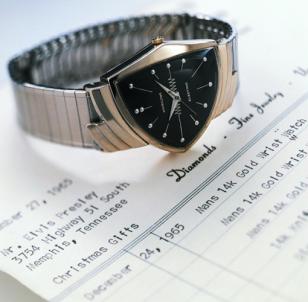 Elvis Presley owned a Hamilton Ventura watch and wore it on many occasions, even in his movie Blue Hawaii in 1961.

The watch originally purchased by Elvis would have had a leather strap and archive material reveals that, at his special wish, the jeweller exchanged this for a metal bracelet to satisfy his celebrity customer.

The watch is still available, and Hamilton just released a new Ventura Quartz, as a faithful tribute to the original 1957 model, which made watch-making history as the world’s first electrical, battery powered watch. Design detail of the case of the new model mirrors that of its 1950s ancestors and today comes in either silver-colored stainless steel or a yellow gold PVD finish. A black dial also reminds of the 1950s Ventura timepieces, complete with digit markings all culminating in an embossed rounded point like the surrounds of the iconic wall-clocks of the era. These nostalgic looks enclose a modern Swiss quartz movement to ensure precision timekeeping for the 21st century.

The Ventura Quartz is available with a metallic flex bracelet or a bi-color leather strap in gold paired with silver or black. Find it online on Amazon.com or Amazon.co.uk.

Another special Limited Edition has been released, to celebrate what would have been Elvis 75th birthday in 2010.