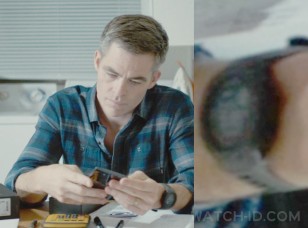 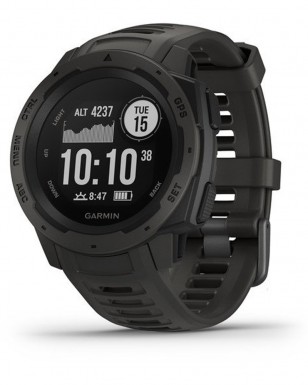 The watch looks like the all-black Garmin Instinct Standard Edition or possibly the Solar (powered) edition. But it could also be the second generation of the watch, the Garmin Instinct 2.

The round watch has a digital face with a small round screen on the top right part of the screen. The smart-watch has a lot of features including GPS.

The Instinct is built to the U.S. military standard 810 for thermal, shock and water resistance (rated to 100 meters).

The Garmin Instinct can be found on Amazon in many different colors.

Chris Pine has been spotted wearing other Casio watches in Wonder Woman 1984 and in Jack Ryan: Shadow Recruit.

With thanks to Kyle for the ID