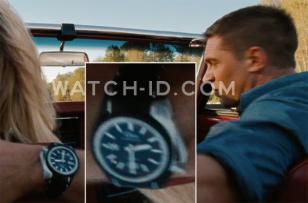 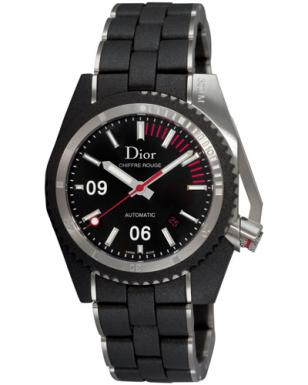 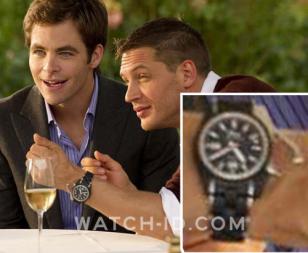 In this movie still you can see that the crown guard is loose.
photo ©
20th Century Fox 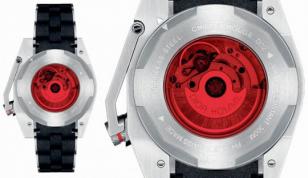 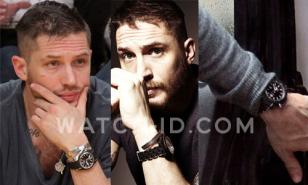 In the movie This Means War, Tom Hardy wears a Dior Homme Chiffre Rouge D02 watch. Tom Hardy has also been spotted with this watch off the film set, including in a photo series by Rankin in the September 2011 issue of Dazed & Confused magazine.

The model reference number CD085540R001, case size 42mm, automatic movement calibre ETA 2824, 42h power reserve, stainless steel case and bracelet moulded with black rubber, red translucent case-back, black sun-brushed dial, 300m water resistance. The unconventionally shaped crown guard is the most striking feature of this design. The case back has a red coloured window through which you can see the movement. The same model is also available with an all metal case and bracelet (so without the black rubber moulding), which is the model D01.