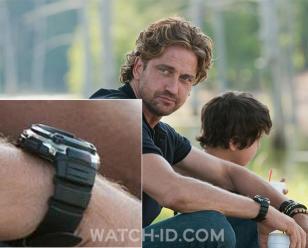 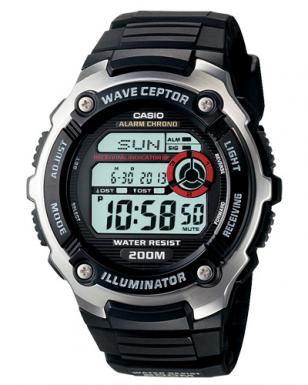 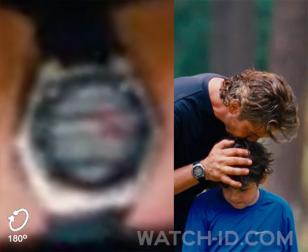 Although it's very blurry, the details of the WV200A-1AV screen can just be seen in this image..
photo ©
FilmDistrict, Nu Image, Misher Films, Millennium Films, Eclectic Pictures

Gerard Butler wears a Casio WV200A-1AV watch in the 2012 film Playing For Keeps.

The watch is from Casio's Waveceptor range, which means it has a self adjusting atomic timekeeping performance in a multi-task 200M Water Resistant case. The same case and band are used for the Casio AE2000W-1AV, but in one of the screenshots we can see the screen which shows that the watch used in the film is the WV200A-1AV.

Get the watch on Amazon or eBay for about $35.