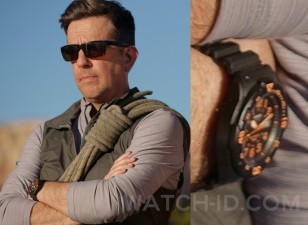 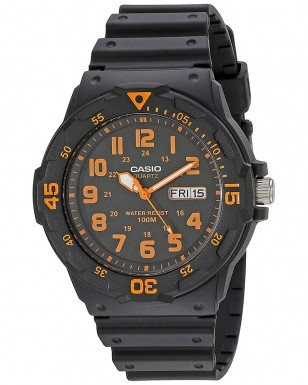 The watch in the film has a black case and orange/red markings. The analogue watch features a day/date screen at the 3 o'clock position and a rotating diver's bezel with 15 - 30 - 45 markings.

The same MRW200H model, but with white markings, is worn by Sam Rockwell in Three Billboards Outside Ebbing, Missouri.

The Casio MRW200H-4B watch is available at Amazon for less than $25 or find it on eBay.