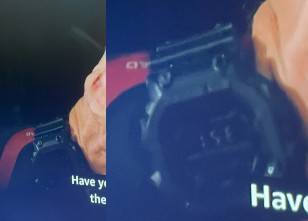 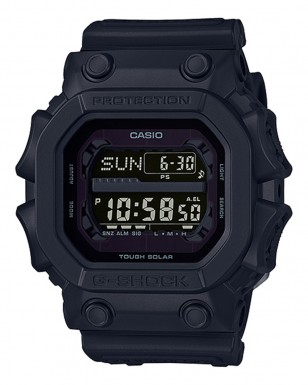 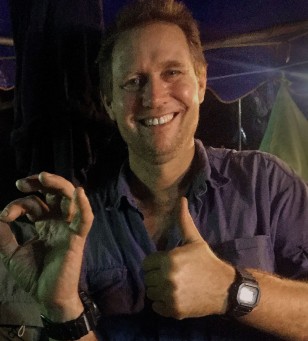 The real life Richard Harris wore a Casio G-Shock watch, but it looks like a DW5600 model, as can be seen on this photo taken after the rescue mission.
photo ©
unkown 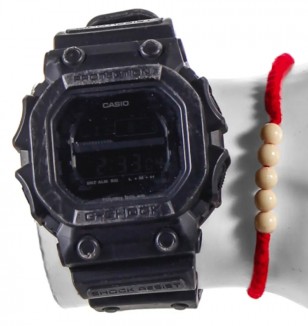 The watch has a black strap and case, and an inverse dial (light digits on a dark screen).

A screen-used watch worn by Joel Edgerton was sold during the Thirteeen Lives auction in August 2022 by VIP Auctions for $175 (see images on the left).

Thirteen Lives is a biographical survival film based on the Tham Luang cave rescue, directed and produced by Ron Howard.

Joel Edgerton plays Richard "Harry" Harris, an Australian anaesthetist and cave diver who played a crucial role in the Tham Luang cave rescue. In real life Richard Harris also wore a Casio G-Shock watch, but it looks like a DW5600 model, as can be seen on a photo taken after the rescue mission.

The Casio G-Shock GX56 as seen in the film is available on Amazon for $106.