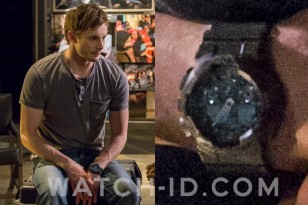 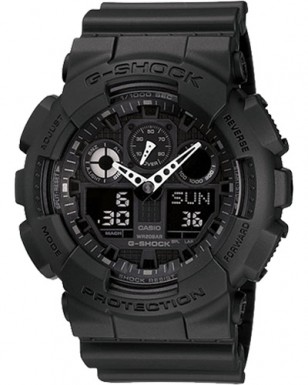 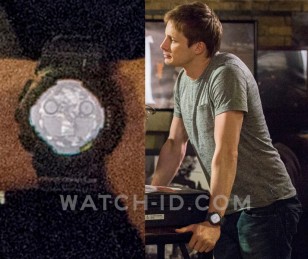 It is most likely the black GA100-1A1, but it could be a variation with slightly different colors like the GA100MB-1A or GA100L-1A, both with different dark green accents.

The Casio G-Shock GA100 is available in black (and other color combinations) on Amazon, or find one on eBay.

A Casio G-Shock GA100 is also worn in season 4 of the series Homeland, and in the movie Day Shift by Jamie Foxx.

Find on eBay
Buy on Amazon.com