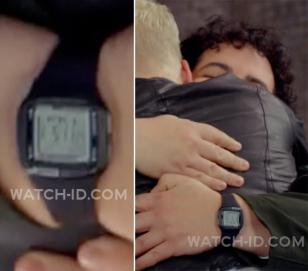 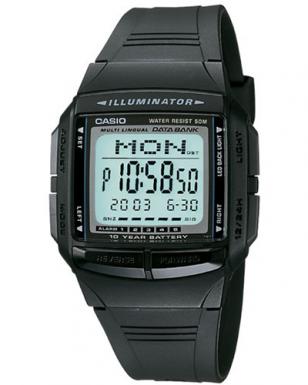 In the movie Thanks For Sharing, actor Josh Gad wears a Casio Databank DB36-1AV watch. Josh Gad plays character Neil, a sex addict, in the movie. The watch can be spotted several scenes, including the scene where he rides his bicycle.

The watch seen in the film has silver colored details (the words Illuminator and the border around the display) but is also available with gold details (modelnumber DB369AV).

Get the watch at Amazon.com, Amazon.co.uk or eBay for around $15.