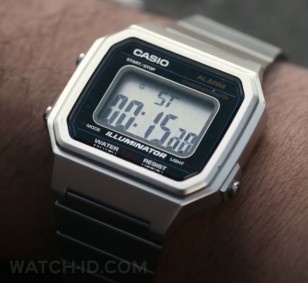 The Casio B650WD-1A watch gets many close-ups, when the Joseph Gordon-Levitt's character uses the Stopwatch feature.asio
photo ©
Netflix 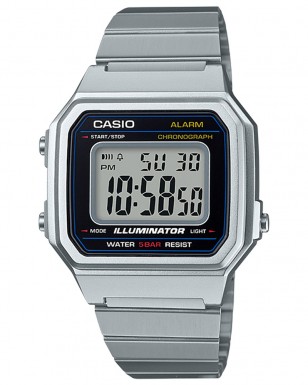 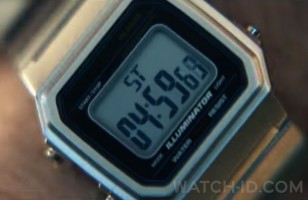 In one trailer online, the Casio logo and some other elements were digitally removed
photo ©
Netflix

The Casio B650WD-1A watch gets many close-ups, when the Joseph Gordon-Levitt's character uses the Stopwatch feature.

This model B650WD-1A is part of the Casio Vintage Collection. The B650 is loaded with features Casio is known for such as the Illuminator backlight, day/date, and a 1/100th second stopwatch.

The watch is a classic like the Casio A158 and A168 which have also featured in films. The B650 is slightly larger than both of those watches.

Also check out the Randolph sunglasses worn by Jamie Foxx in the same film.