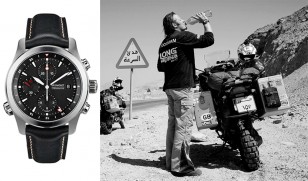 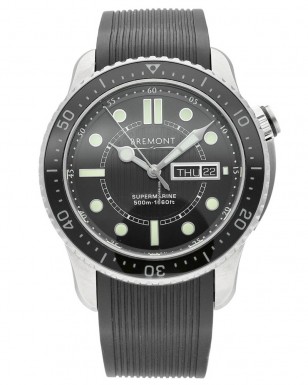 A Bremont Supermarine S500 on rubber strap is worn by Charley Boorman in Long Way Up.
photo ©
Bremont 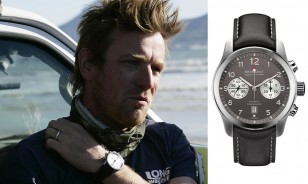 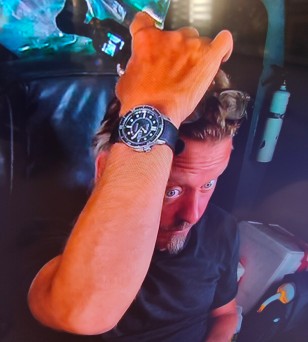 In 2006 the duo became the first people to test Bremont watches ‘out in the field’. Charley and Ewan met co-founders Nick and Giles English just before they set off for their gruelling trip together from Scotland to South Africa which later became the documentary ‘Long Way Down’. Bremont watches were not yet available for retail but having shown passion for the brand’s story, Charley and Ewan were keen to be amongst the first to test the strength and reliability of the watches during their incredible endurance adventure. Read more on Bremont.com

Several Bremont watches can be seen including the ALT1-C worn by Charley Boorman and the ALT1-ZT worn by Ewan McGregor.

In Long Way Up (2020, Apple TV+), the two friends travel up from South America to Los Angeles.

In Long Way Up Charley Boorman wears a Supermarine S500 (thanks to Brad for the ID).