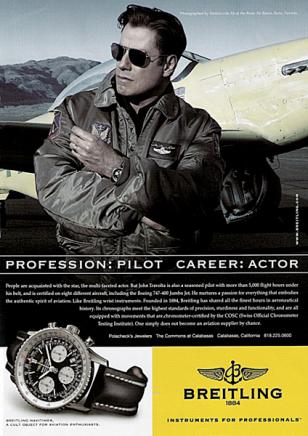 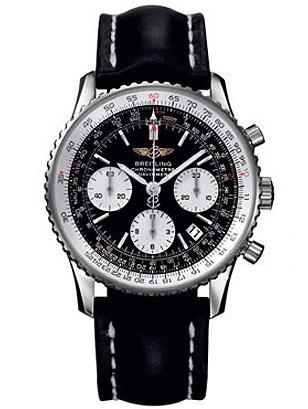 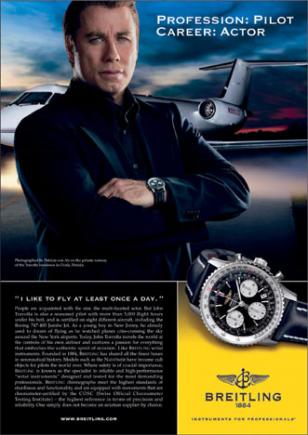 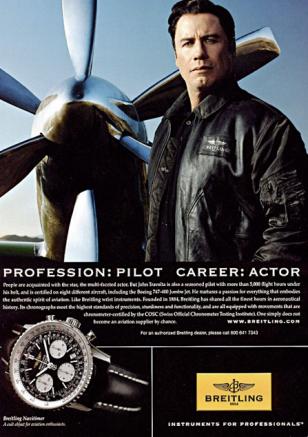 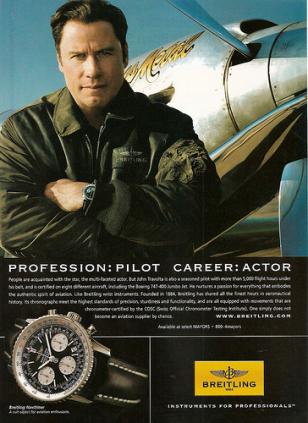 Since 2005, John Travolta has been an official Breitling brand ambassador, and he is featured in advertisements for the Breitling Navitimer.

Travolta, a veteran pilot, is certified on several types of planes (including the Boeing 747-400 jumbo jet) and has house near Ocala, Florida, with a private 1.4-mile airstrip and gates attached to his house. He’s been an avid aviation fan since he was a child in New Jersey. One of the ads, photographed at his Florida home’s private runway, is headlined: "Profession: Actor, Career: Acting." He is shown wearing the popular Breitling Navitimer, with one of his planes in the background. The photos for the ads are made by Patricia von Ah, an internationally known fine art, advertising, and editorial photographer.