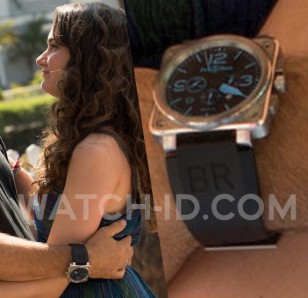 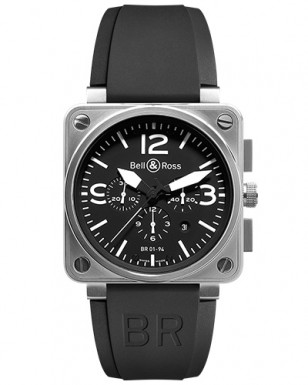 It's not clear which exact variation of the Bell & Ross BR 01-94 this is. The watch has a black rubber strap, steel case, black dial and it looks like light green text/numbers on the face, or it could be the Lume effect. The watch is a chronograph, with three subdials, rounded large numerals, and there's a small circle on the left bottom side of the face, probably with "Ltd" letters,  indicicating it's a limited edition. The Titanium version of the watch has the text Ti in that circle, but the Titanium version has more square numerals, so it probably isn't that model.